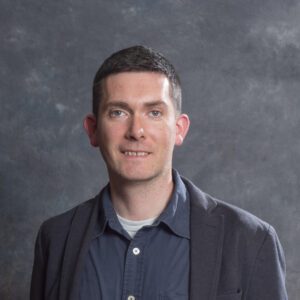 Dr. David Finn is Professor and Head of Pharmacology and Therapeutics, Principal Investigator, Co-Founder and Co-Director of the Centre for Pain Research at the National University of Ireland Galway.  Professor Finn graduated with a BSc (Hons) in Biotechnology from NUI Galway in 1997 and a PhD in Neuroscience from the University of Bristol in 2001.  From 2001 to 2004, Professor Finn worked as a Post-doctoral Research Fellow at the Institute of Neuroscience, University of Nottingham. Professor Finn is currently President-Elect of International Cannabinoid Research Society, Past-President of the Irish Pain Society, and he sits on the sits on the Scientific Advisory Panel of the European College of Neuropsychopharmacology (ECNP), the European Pain Federation (EFIC) Council, and on the International Association for the Study of Pain (IASP) and EFIC Presidential Task Forces for Cannabis, Cannabinoids and Chronic Pain.  The overall aim of Professor Finn’s research is to increase our understanding of the neurobiology of pain, affective disorders (including anxiety and depression), and their co-morbidity.  His work focuses, in particular, on the affective and cognitive dimensions of pain, stress-pain interactions, and neuroinflammatory processes, with an emphasis on the endogenous cannabinoid, opioid and monoaminergic systems.  Professor Finn is a former recipient of the President of Ireland Young Researcher Award from Science Foundation Ireland, the Wyeth Award for outstanding research in Preclinical Psychopharmacology from the British Association for Psychopharmacology and the Pain Research Medal from the Irish Pain Society.  He is a member of the Editorial Boards of 5 international scientific journals (Pain, Journal of Psychopharmacology,  Scandinavian Journal of Pain, Brain Research and Frontiers in Neuropharmacology).  He has published over 150 peer-reviewed journal papers and book chapters and frequently lectures at international conferences.